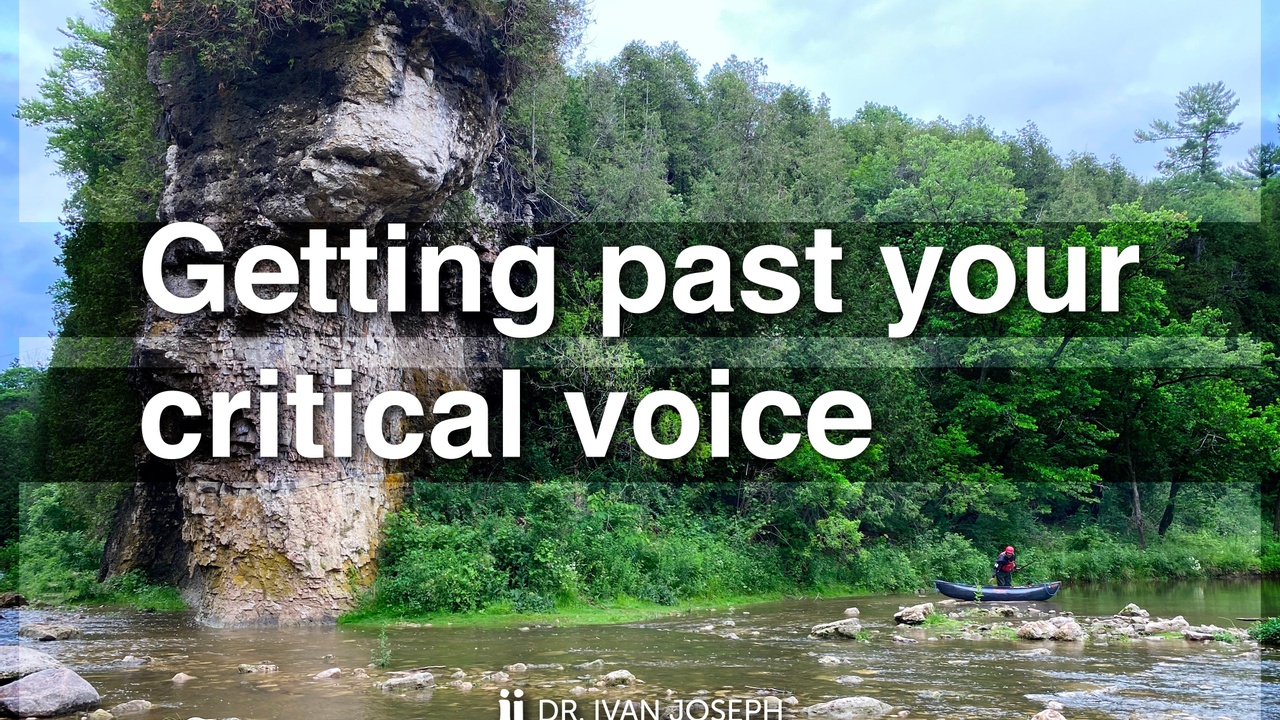 A few weeks ago, I was conducting a leadership retreat on health and wellbeing. I was sharing information about affirmations. My typical parameters associated with constructing them are: make an affirmation authentic, short, and crisp so that you can remember them easily and recall them when needed.

The group I was working with was seated outdoors in a circle on yoga mats. The birds were singing, and you could hear the rapids on the river in the distance on that quiet summer evening. It really was a tranquil setting. I had just concluded walking the group through the Jacobsen Progressive Relaxation technique. Everyone was feeling quite mellow and relaxed.

I shared my three affirmations out loud with the group:

“I can do anything!”

Then I got this one,

At first glance, it sounds like a very good statement. But...if you look closely, you’ll notice the punctuation in the last affirmation is not the same as the previous ones. It was a statement that ended as a question. It came with a timid voice, an expression of doubt and uncertainty came across the participant’s face, as if asking me to endorse the affirmation statement. I took a pause and reminded them you can’t have an affirmation that you don’t believe to be true - if not now, someday in the very near future. I reminded the participant of the importance in selecting a genuine and authentic message for an affirmation. I asked them to repeat their affirmation as a statement with conviction, which they did with a little more conviction. We kept going with the session, and eventually, we wrapped up. Session completed, or so I thought…

The next morning, the participant sought me out, and asked me, “What if I don’t believe in my affirmation?” This is a common question I get and so I thought it was worth sharing my response.

We all have moments of doubt. We wouldn’t need an affirmation if we didn’t struggle with our belief in ourself at times.

YOU ARE NOT ALONE.

It is perfectly normal to have doubt about yourself at times. We all struggle with self-belief. If you don't believe me, just google imposter syndrome and see how many hits will pop up in your search engine. The reason that you need the affirmation is a reminder of the things that you are good at or capable of. And, if you say it enough times, it literally does change the chemistry in your mind, your mood, and your critical thinking.

A study published in the journal Social, Cognitive and Affective Neuroscience (1) used MRI studies to reveal that practicing self-affirmations activates the reward centers in your brain. Simply say to yourself, “I will earn that promotion,” and it’ll light up the same reward centers that respond to other pleasurable experiences, such as eating great food or winning a prize. It fires up your neural pathways and makes changes to those areas of the brain that cause you to feel happy and positive.

The reason we may have trouble believing in our affirmation at that difficult moment when we most need it could be a temporary personal setback or environmental factor at play. Sometimes I have people who have trouble believing in their affirmations because they have just lost their job, just been rejected from a relationship or just failed in accomplishing a goal that was very important to them.

I get it. I have been there.

It’s hard to have a positive feeling or thought about yourself when you are in a low valley. This is what I want to remind those of you reading right now: One moment in time does not define you, who you are, what you are about. Whether that be one relationship, one job, one goal, and sometimes even tragedy. It’s your ability to respond to those things that define who you are. These are the times you need your affirmations. Affirmations remind you of who you are and what you are capable of achieving.

So the next time you are having doubt, when you just can’t get behind your affirmations, it’s okay. Remind yourself, this is why you are saying them.

Here are four examples citing evidence from empirical studies that suggest that positive self-affirmation practices can be beneficial:

The affirmations remind you of who you are at your core and who you want to be. Remind yourself, what you think, you become.