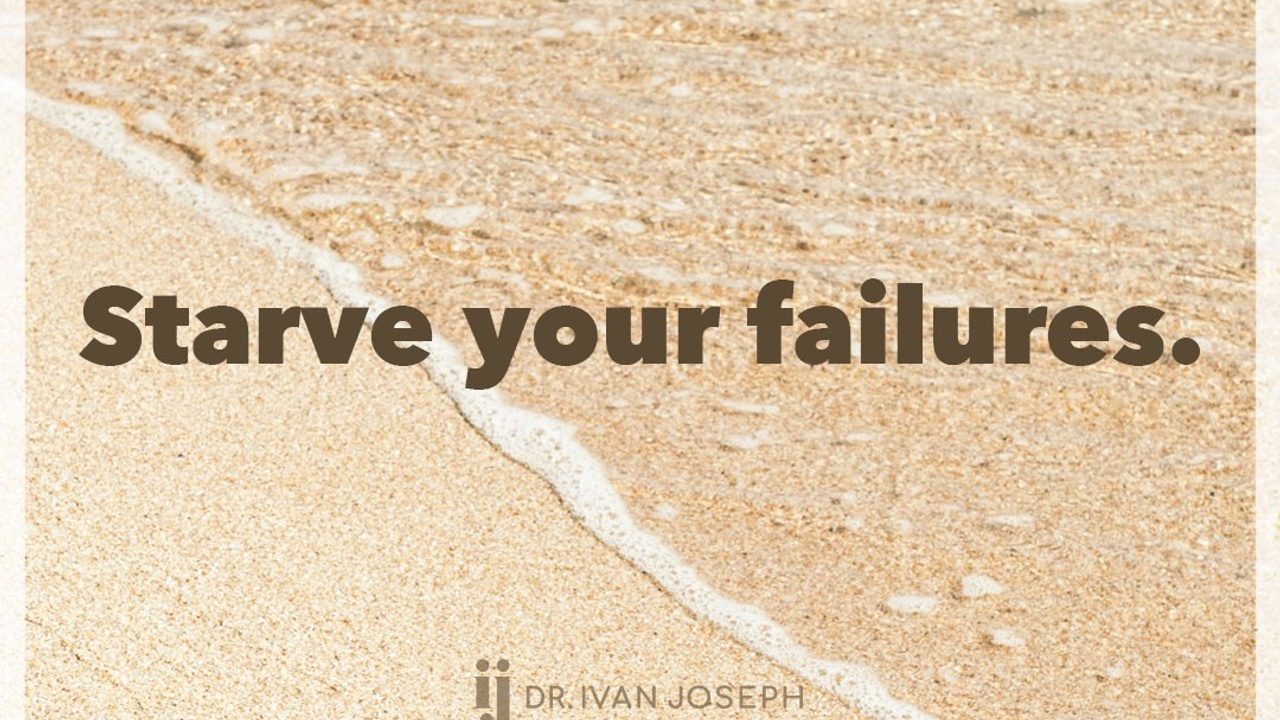 There is a prevalent theme here for both athletes: Reinforce the positives and starve the failures.

As a coach, I learned that lesson the hard way.

When I was a men's soccer coach at Graceland University in Iowa, I was constantly trying to improve my team's performance by helping my weaker players get better. I was dedicating much of my energy and time to helping those players and not paying as much attention to my top players. In my mind, the latter were doing well so they didn't need my help as much as those who were struggling.

A colleague, the women's soccer coach at the same university, reached out to me and gave me some feedback on my coaching skills. "Ivan, focus on your top players," he said. "Sometimes, you need to decide when it's time to leave people behind." I didn't take his feedback well. That was my area of expertise. I had a Ph.D. in sports psychology. I was teaching a leadership course and winning awards for my coaching. I was too arrogant to accept feedback from others on something I perceived myself to be the best at. My ego got in the way.

Until one day, I discovered that my colleague was right. I realized that while I was willing to take feedback on my weaknesses, I was not willing to listen to feedback on my perceived strengths. Only upon reflection, I was able to shift my attitude and seek and accept feedback on areas I was expert at. I had to get rid of the arrogant self-talk of "I was the best at this."

That was a turning point in my career.

The moment I decided to be open to feedback from others on what I perceived myself to be the best at, everything changed for me. Within eight months, the team I was coaching qualified for their first-ever national championship.

Most people look for feedback on what they're struggling with versus what they're excelling in. They would typically ask: "What can I improve on?" Instead of seeking feedback on your weaknesses, focus on your positives. Ask during performance reviews: "What am I doing well? How can I build on it?" I am a big believer in focusing on something you are good at to make it exceptional.

Of course, you also need to know what you're not doing well, but don't let it take up all your energy and efforts. Allow yourself to celebrate and enjoy your successes and build on them.

Most importantly, humble yourself to listen and accept feedback. It took a paradigm shift for me to open myself up for feedback on my strengths. The payoff has been well worth it.