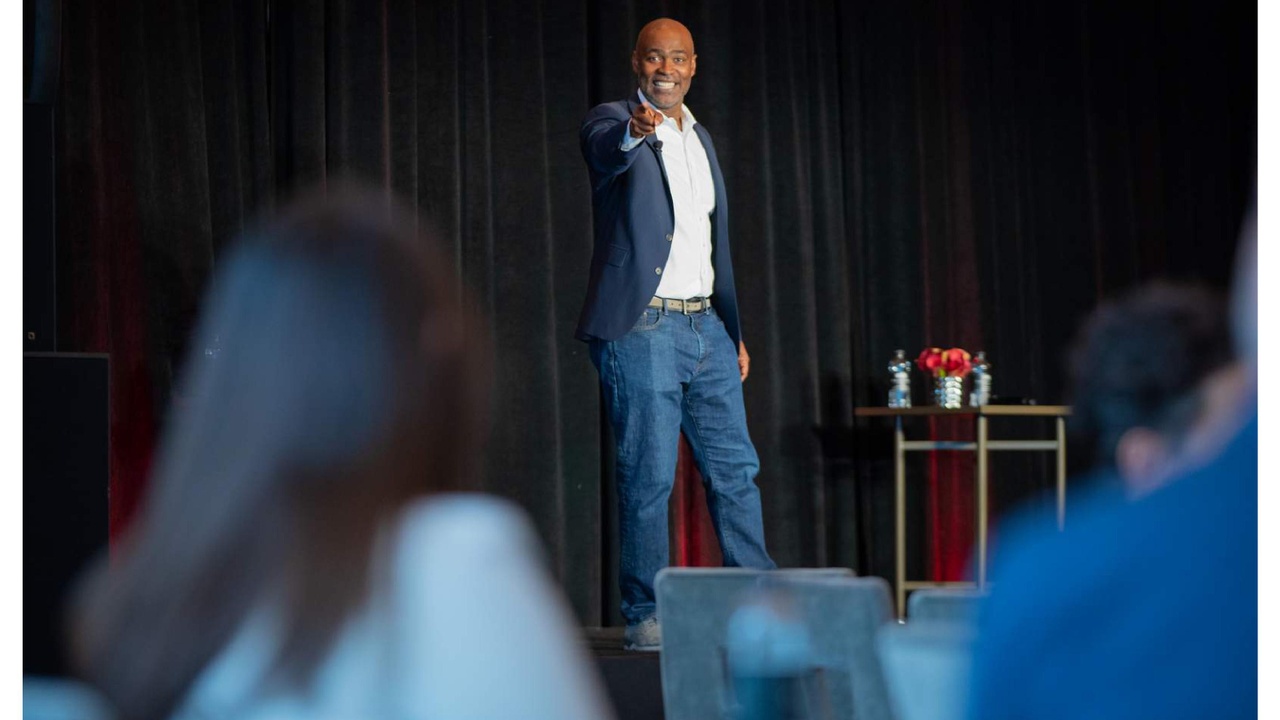 I’ve been fortunate to be out meeting many of you in-person at live events around the US and Canada recently. It feels good to be off-camera and sharing that energy that comes from being in the same room. One of the best parts about presenting in a break-out room environment is being able to respond to your questions. A recent one stands out for me, and I think many of you might be wondering about this:

‘How can I avoid spreading toxic positivity?’

When I talk about positive affirmations or catching them when they’re good, folks sometimes think that means there’s only room for warm, fuzzy positive space at work. Maybe you conjured an image of me around the office as an affable guy, always laughing and offering pats on the back. People who’ve played for me or worked for me will tell you that the frequency of my positive feedback is likely less often than you have been imagining.

There was a time after I won my first National Championship, when I received a letter from a player thanking me for helping him achieve his goals as a professional. He shared with me how sometimes it was tough to play for me. That words of praise didn’t come that often. When they did, however, he always knew that they were genuinely deserved and meant only for him. He took the mantras from my practice environment of ‘always do extra’ and ‘good enough isn’t good enough’ from his athletic career into his professional life. These high-performance mindsets have seen him to success.

I want to be sure you understand that confidence and affirmations aren’t juxtaposed against accountability. We can hold people to high standards and excellence while also being true to confidence and positivity. The truth of the matter is there’s nothing we can achieve as leaders if the members of our team aren’t equally invested in achieving excellence. An important role of all leaders and teachers is offering critical feedback. Team members and students who are truly invested in achieving excellence seek feedback, give it serious contemplation and are open to change.

We will fall short as leaders if we are not giving genuine and authentic feedback.

Here are three components I want to remind you of when delivering feedback to your team members:

1. Address the elephant in the room.

Don’t ignore the feedback that needs to happen.

There’s lots of times we don’t approach people and try to be like an ostrich with our head in the sand avoiding our way out of problems.

Not addressing an issue or a challenge with somebody is counter to producing a high performance culture. Everyone deserves a chance to self-correct. You as a leader owe them that opportunity. Your lack of feedback allows people to spin into their own narrative and go off course. It can snowball into areas that can be detrimental to their mental health and performance. Sometimes folks will then create their own factions and surround themselves with sympathizers. This creates dissension in your team.

When you notice someone on your team is not performing to standard or seems unhappy with their assignment, have a private one-on-one conversation with that member about what you notice. Include how you interpret their words, facial expressions, body language, or behaviours. Give that person a chance to reflect if your interpretation is accurate or a bit off. Invite that person to also express what words, facial expressions, body language or behaviours of yours that turn them off or shut them down. Hopefully, you can clear up misinterpretations and try to remedy the disconnect.

The next time you are thinking about whether to deliver some tough feedback, don’t put it off. Tackle the issue. The sooner you address the issue, the quicker you can move toward a high performing culture.

Leadership that only points out deficits without any constructive components or offers for help or second chances is de-motivating and isolating to team members. Negative feedback sometimes includes personal qualities as deficits that the individual cannot hope to change or vague generalizations that are difficult to action any improvement towards.

"We can't use this. You don’t think big enough. This doesn't grab your attention. Just scrap it. I'll have to ask someone else and apologize to the client for our delay."

A good leader takes the time to consider what part they may have played in the outcome not being to the desired standard and provides helpful suggestions or assistance, offers models or examples and second chances for the outcome to meet the standard. Critical feedback is specific and concrete. You may need to take some time to reflect and craft your critical feedback response.

"I think I might not have been clear in my guidance on this one...Can I show you an example of what I was hoping to achieve? What would you need to deliver that? More time, a bigger team, resources, ..."

Critical feedback leaves the person with hope and optimism and a path forward.

Giving out indiscriminate, positive feedback is counter-productive. In a high performance environment, we aren’t giving out participant awards where everyone gets a ribbon just for showing up. In order to make your feedback meaningful and inspire the people you’re leading, praise must come sparingly, as counter-intuitive as it may sound. Be specific and proximate to the behaviour you want to reproduce. If we give everyone similar or positive feedback, it sets the bar at mediocrity. Genuine feedback builds pride, healthy competitive spirit and drives a team forward. One of the most important reasons we want to give genuine, authentic feedback is that it helps to create the teachable moments reinforcing the behaviour that we want to replicate in the individuals across the organization. 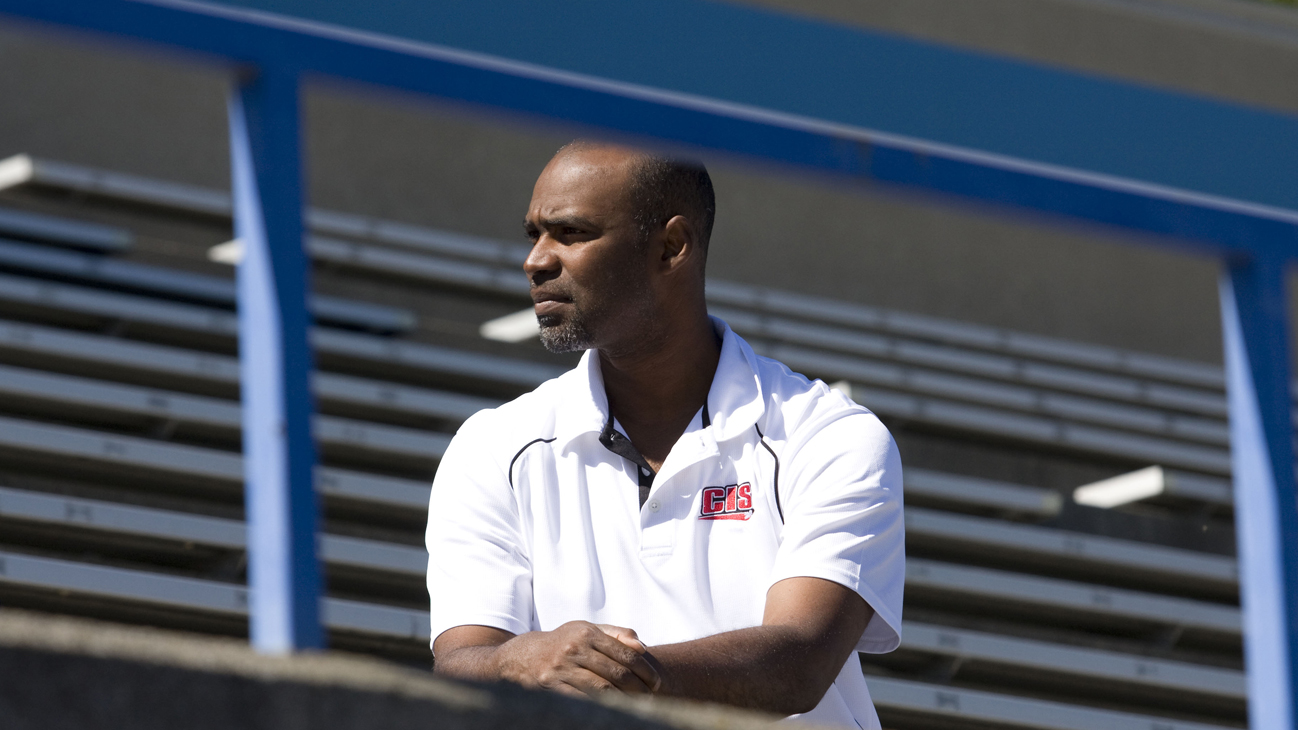 I’d like to share an example from my own leadership that speaks to all of these essential components. It comes from my time as a Director of Athletics. When you assemble a staff of high performing coaches, they are always watching for the consistency or inconsistency of your behaviour and interactions with each of them.

I learned the importance of delivering critical feedback and the impact it can have to reduce conflict and increase performance within a competitive team.

I had just allocated resources to one team which gave them a significant advantage and allowed them to achieve their goals. Specifically, I gave that team a full-time assistant coach to assist with recruitment and game preparation; increased scholarships to attract a higher level of talent; and increased exhibition travel funds. These are three legs of a stool that I believe are really critical to the foundation of building a winning athletic program--one without the other will not lead to success.

As you can guess, another coach became frustrated, and complained: ‘You said equal opportunity. Where’s ours?’ The truth of the matter is, this coach didn’t come right away with anger and displeasure. I could see it brewing in our interactions. The eye contact with me changed in our one-to-ones. I could see this person withdraw at meetings. I noticed their responses being more terse and their body language becoming more tense.

It was time for me to address the elephant in the room.

I invited them to meet in my office to figure out where the disconnect was coming from. This person’s narrative had become, ‘We deserve it. You’re about equity, inclusion and diversity. That’s BS. How come I don’t get this?’ I had to clarify the rationale behind my actions and outline what this individual had to do in order to secure the same resources. I shared clear, established benchmarks. In this case, those benchmarks were: a specific number of hours of community service, academic performance of your team as measured by average gpa, minimum threshold of fundraising performance and a certain winning percentage over the previous three years. These indicators showed me a team was ready to make the next jump. A coach who achieved these benchmarks had worked hard and was knocking on the door of excellence. With help, a team positioned like this was ready to get to the next step.

My message was clear and simple. For me, being equitable was about having equal opportunity to access resources--not the allocation of the resources. This frustrated coach hadn’t yet achieved the benchmarks to warrant the additional resources. When pursuing excellence, it’s important to have challenging benchmarks, and it isn’t good stewardship to divide resources evenly.

There is a happy ending to this story. By addressing the elephant in the room, clarity was achieved. Tension reduced. Healthy competition thrived. Great coaches were not just retained, but inspired. Both teams and others in the department did achieve the benchmarks and pushed me to find the resources for them all—great stress for a leader to have!

Together we transformed not only our department’s culture and outcomes, but the national reputation of our institution.