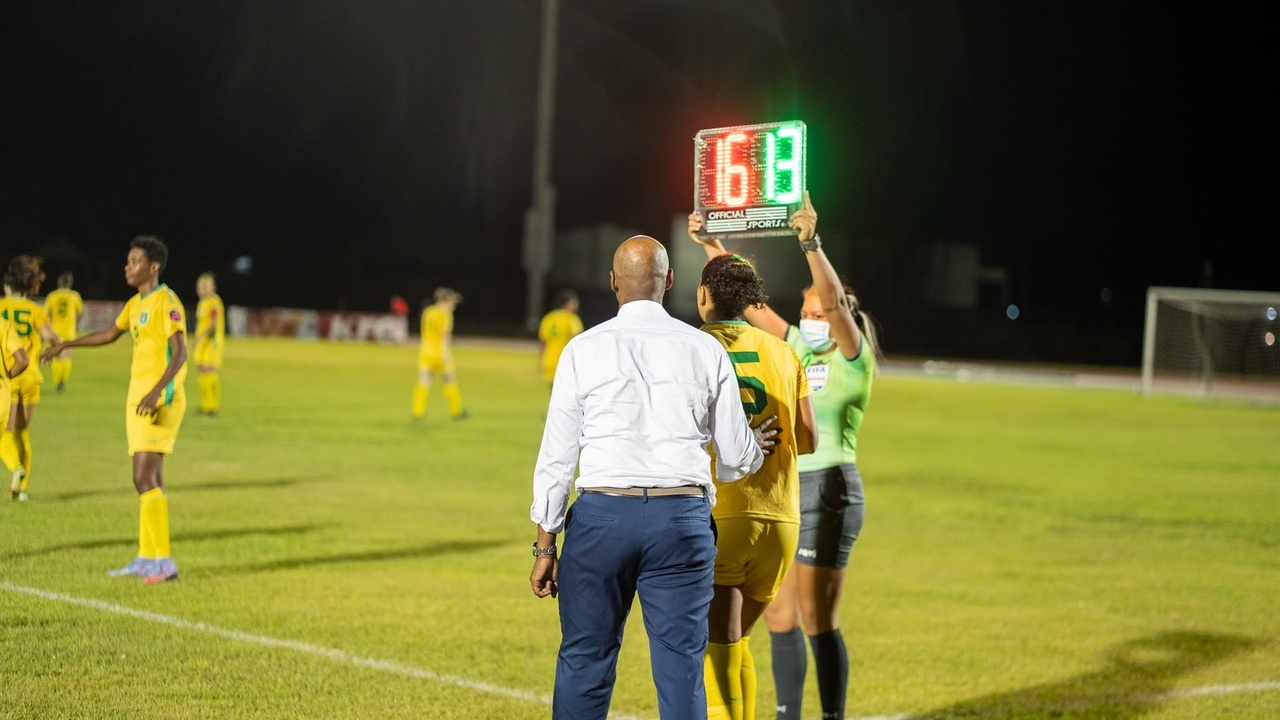 Tonight, I’m coaching one of the biggest games of my soccer career. I’m here on the island of Tobago getting ready to coach Guyana’s Women’s National Team against Trinidad and Tobago where only the winner advances to the World Cup Final Round Qualifier. Thirty teams are in this round and only six move on to the finals where Canada and the US are waiting for us. This will be huge. Not just for us and our team, but will be felt across our tiny Caribbean nation. We’re the underdogs, but we’re ready for it.

For the past ten days, we’ve been in camp training. While you might imagine a focus on our technical and tactical skills, you might also be surprised to hear that the real work is spent on building cohesion.

Making sure players feel like they matter and belong is a constant principle for a high performing organization.

A national team is no different than any corporate team. When you assemble the very best, people come from all over the globe. We have Guyanese players living in Iceland, Canada, USA, Malaysia, UK and Guyana. Players are coming from all over the world with their own cultural norms and values and ways of communicating. It’s no different than the employees that might come from different graduate schools or have varying lived work experience. The individuals brought together have learned the process or approach in a different manner. Getting them all to work together in a way that they can appreciate each other is the challenge of a leader striving for high performance.

I spend a lot of time building cohesion. It's not as fun as it sounds. I wish it were as simple as an evening of ice breakers and a pizza party. Yes, training camps or retreats can be fun. We are settled in on the beach as I write this when at home there are still snowflakes falling. Building cohesion though comes from working hard alongside one another like we do during early morning practices. It comes from facing adversity together like we do on grueling travel days. Most importantly, cohesion comes from helping players understand that high performing teams address conflict. Moving through conflict is a necessary stage of group bonding. Left unaddressed, it becomes a distraction at best. At worst, it’s an internal bomb waiting to  implode and derail the team from its’ goals.

There’s a famous model of group dynamics developed by psychologist Bruce Tuckman (1965) which speaks to the five stages that a group must go through in order to achieve high performance.

For me, the most critical stage in this is the Storming Stage. If we don’t address conflict, it becomes a high-performing team’s undoing. Too often we are trying to be too polite. We brush the little things under the rug over and over again until we reach a breaking point. I just spent a week managing the relationship between a young, up and coming superstar and a group of veterans trying to get each of them to know how to bring out the best in each other. It was stormy.

Here’s my formula for addressing conflict to get a team to move towards high performance:

This isn’t an easy fix. There is no timeline. There is no magic formula that says this takes one day or five days, but the sooner you can get to the conversation, the quicker your team is moved to the other side of it and less time wasted with its distraction.

What I want you to hear in all of this is just because you have conflict in your team, it doesn’t mean you have an underperforming team or that you are doing a poor job as a leader.

Conflict is a necessary part of a high performing organization. If we didn’t have it, how would you discover someone’s unsung talents. Conflict often challenges teammates to do more than the role originally assigned. We want people to challenge the status quo and be disrupters that innovate. That doesn’t happen without the conflict that comes from breaking processes, systems and policies that don’t work. In short conflict is good for business and moves us forward toward excellence. It’s often the team members who care about the goal the most who are involved in the conflict. It’s a leader’s failure to address it that will limit your ability to be a high performing organization.